How to save the planet and the human race 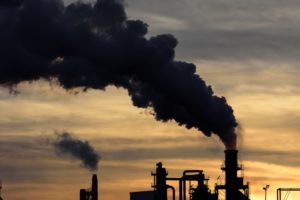 This is a conceptional article not one with exact calculations. Saving the planet and the human race is going to require looking at the energy problem on a global scale. And I have a solution.

The key to long term survival is making sure the carbon cycle is in balance. Currently we extract carbon out of the ground, oil, natural gas and coal as the main sources. Secondary to this is the creation of methane from our food supply and lastly because of global warming methane trapped in permafrost is escaping into the atmosphere. So you have a LOT of input into the system that far exceeds the ability of the planet to suck it backup through the normal natural process.

The human race will never be able to reduce enough carbon input fast enough to make a difference not with out killing off a large portion of our civilization and rolling back to the dark ages. And because of the run away effect this would probably not work either leaving the planet warming for 10s of thousands of years or longer. And our energy demand is only going to increase drastically in the near future to just be able to sustain us. As glaciers melt key water systems will collapse especially in Asia leaving salt water desalination and large distribution infrastructure required to keep populations alive.

Renewable resources as we think of them now is not the easy solution either. But they will be part of the greater solution with you will read about further down. The problem with Wind and solar mostly is the unreliability of the energy production. Wind can only produce when it is windy, and if it is two windy they need to shut down. Solar requires sun and that disappears nightly. One of the expensive parts of using these technology is the storage of energy outside of production times like at night.

So what is my solution? Use all sources of energy and create a balance and I will explain how this can be achieved. We already have the technology to capture carbon from the atmosphere. The problem is it takes as much energy to remove it as it took to create the carbon pollution in the first place. The only way this will be viable is free energy to power this technology that is intended just for this purpose. And this can not be a carbon producing source which defeats the purpose. The byproduct of this technology is fuel which can be used. Before I continue I should explain how power generation works. For the most part almost all power generation relies on spinning turbines which produce electricity. One of the few technologies that does not are solar cells. Hydro electric uses water and gravity to spin turbines. fossil fuels are burned to generate heat which creates steam to spin turbines, this includes nuclear energy. Solar heat exchanges, those large mirrors focus sun light to a central point which creates steam to spin turbines. So all most all power generation revolves around spinning turbines. On the small scale liquid fuels like gasoline is exploded to create energy for engines.

What we need to do is maximize our solar energy production during production hours to create as much clean energy as possible to reduce our day time foot print. The same goes for our Wind generation in places appropriate for Wind generation. The idea is to limit the production of carbon during those periods of the day where we can. The second part is to use fossil fuel power generation to augment the power requirements which will be at night and cloudy days for solar and during periods of reduced or excessive wind for wind generated power. The day time output of these sources of energy must be triple the demand and energy needs of the population. The reason for this is because the fossil fuel generation stations that augment the power will not release the carbon into the atmosphere but capture it in large storage facilities. When fossil fuel generation tapers down during the day or during peak wind production, the energy created from solar and wind will not just need to power our cities but they will need to convert the stored captured emissions back into a solid fuel. The fuel which will be re-burned outside of peak renewal energy production periods. This turns the fossil fuels used to generate power a renewable energy.

This isn’t energy balance, this is just greatly reducing the amount of carbon emitted Into the atmosphere. Cars, trucks, planes, boats, wildfires and manufacturing will still emit carbon into the atmosphere. The second stage is to build dedicated carbon extraction plants in the deserts to pull out the amount of carbon produced by all those other sources as a dedicated function. Why in the deserts. Using solar mirrors to heat water to spin turbines to generate energy is as free as you can get for the production of energy. Transmission of that energy to population centres at great distances is where the cost comes which is why we don’t see as many of these power farms as we would like. But if the carbon capture technology is located in the desert with the energy production then by day these massive carbon extraction facilities can capture the amount of carbon from the air in the amount of what is generated by all the other sources mentioned above. When enough of this technology is constructed and meets that requirement we are finally on a global equilibrium on the carbon cycle. Of course to undo the damage we have caused we need to exceed this capacity and be pulling out far more then we input.

Essentially my plan calls for use of renewable energy by day/wind periods and other sources by night or stale air periods. Using technology to turn fossil fuel into a renewable source and removing excess amounts of carbon from the atmosphere to undo undo the global warming effect. The energy produced by solar and wind during peak production must be substantially more than required to power out civilization so convert the night time use of fossil fuels back into a solid carbon to keep it out of the atmosphere. We need enough dedicated carbon air extraction powered cheaply by solar and wind energy to compensate for sources that can’t easily be captured like automobiles. And we have to factor in the increased demand on energy to operate things like salt water desalination which is going to be inevitable in Asia to supply the fresh water needs for the populations that rely on glaciers to fill rivers. This technology will also be needed in places that deplete ground water. Large swaths of desert lands are very suitable for the dedicated power extraction and could lead to a very profitable industry for Africa. The extracted carbon is a fuel source that will help limit the need of new extraction from the ground.

We need to continue to become more efficient with energy. But we have to be realistic capabilities. Countries like Canada and Russia will have a higher dependance on fossil fuel vehicles due to climate and geography. Cities like LA, New York, London should be able to sustain electric vehicles much easier. Hot locations will have cooling needs while cold climate will have warming needs. The amount of energy used, how it is used is drastically different from location to location. But with using renewable sources such as solar, wind, geothermal and hydro electric augmented by carbon fuels using capture and conversion methods we can greatly reduce the carbon emitted into the atmosphere with out making crippling changes to society. A global carbon tax dedicated to the manufacturing and running of carbon extraction facilities is needed. And because the great deserts of Africa provide a great place to do this from this will inject much needed capital and industry to further help a people in need of help.

The next great hurdle is vertical farming and water recapture to sustain food production. But that is a completely different article on its own right. The key point I want to make is we can’t try and be extreme on one way such as reducing the reliance on fossil fuels to renewable sources. Complete reliance on renewable sources will require expensive energy storage technology which in turn makes renewable energy expensive and those storage technologies are not exactly the most environmentally friendly and rely on resources that there is just not enough of to be a global solution. Using a balance of Renewable energy with fossil fuels with smart collection and recycling is a far better approach that is more sustainable.

I will follow up with this article with numbers which is going to take more time to compile.